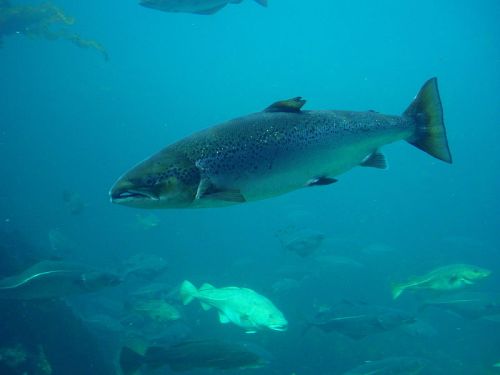 Date: The version we have most probably c.1100 A.D., but some plot lines of the story also found mentioned in text from 828 A.D.

Highlights: The supposedly pointless oldest animals episode in Culhwch actually makes perfect sense, if you read it like a medieval person, with a knowledge of the species being discussed.

THE CONTEXT
‘Culhwch ac Olwen’ is believed to be the oldest Welsh prose story. It’s in the usual prose manuscript compendiums (The Red Book of Hergest, The White Book of Rhydderch from 1350 A.D. (Huws, 2000, p.228). Today you’ll find a translation printed with the other usual suspects in any version of The Mabinogion, but the story is not one of the traditional ‘Branches of the Mabinogi’. Based on linguistic evidence it might even pre-date these. The form of the text we have can most probably be dated to c.1100 A.D. (Roberts, 1991, p.73; Rodway, 2007, p.70). However, the hunting of the Twrch Trwyth, one of the most important elements of the story is mentioned in the ‘de mirabilia’ section of ‘Historia Brittonum’ (c.828 A.D.)

The story is all about a boy called Culhwch. When Culhwch was still young, he fell in love with Olwen, the beautiful daughter of Yspaddaden. The main plot of the story tells how Culhwch and his companions set out to fulfil a series of impossible challenges to please the giant Yspaddaden and prove his worth to marry the giant’s daughter.

Or that’s how we believe the story should go anyway. The problem is, the version we have goes more like this. The page numbers here are from the Welsh edition of the text (Bromwich & Evans, 1997

‘Culhwch’ takes 30 pages to actually start. Then, after seven pages of what we assumed is the main plot, we have four pages of wild boar hunt and then a one page ending. The list of names Culhwch gives to Arthur goes on for about half the length of time dedicated to the main plot. Meanwhile Yspaddaden gets double the air-time giving the main characters tasks as they get actually fulfilling them. Perhaps this is intended to be funny in its gratuitousness.

At the beginning of the story there is a touching scene where Culhwch’s mother dies. She tells Culhwch’s father he must re-marry, and will know it is time when a two-headed briar grows on her grave. So far, so Hollywood, but after her husband leaves the woman leaves orders that her grave be kept carefully weeded. Culhwch’s father visits the grave every day, impatiently waiting for a briar. Only when the gardening is forgotten for a day, does he finally find a briar. Immediately after that he finds a woman he likes, kills her husband and marries her. With this parodying context in mind, perhaps Culhwch’s oddities can be dismissed as genre-bending humour.

THE OLDEST ANIMALS
Our section of the text starts when Arthur sends Gwrhyw the Interpreter of Languages along with Culhwch to go and find a hero called Mabon son of Modron. Gwrhyw can speak the languages of animals and birds, so they decide to ask the oldest animals for help.

Gwrhyr said, ‘Eagle of Gwernabwy, we have come to you–Arthur’s messengers–to ask if you know anything of Mabon son of Modron who was taken when three nights old from his mother?’

The Eagle said, ‘I came here a long time ago, and when I first came here I had a rock, and from its top I would peck at the stars every evening. Now it’s not a hand-breadth in height. From that day to this I have been here, and I have heard nothing about the man you’re asking after. But once I went to seek my food as far as Llyn Lliw, and when I got there I sunk my claws into a salmon, thinking that he would be food for me for a long time, and he pulled me down into the depths, so that I barely got away from him. What I did, I and all my kinsmen, was to set upon him and try to destroy him. He sent messengers to make peace with me, and he himself came to me, to have fifty tridents taken out of his back. Unless he knows something about what you are seeking, I do not know anyone who might. However, I shall be your guide to where he is.

They came to where he was.

The Eagle said, ‘Salmon of Llyn Lliw, I have come to you with Arthur’s messengers to ask if you know anything of Mabon son of Modron, who was taken when three nights old from his mother?’

‘As much as I know, I will tell. With every flood tide I travel up the river until I come to the bend of the wall of Caerloyw; never before in my life have I found as much wickedness as I found there. And so that you will believe me, let one of you come here on my two shoulders. (Davies, 2007, pp.204-5)

Discussion of this part of the text has most often been along folkloric and linguistic lines. From a folkloric point of view, knowing that other heroes receive help from animals, or even seek out the oldest animals for help as a motif in other world literature (Davies, 2007, p.272) is useful because it emphasises that Culhwch was not written in an Insular vacuum. From a linguistic point of view, being able to identify the places mentioned (Gwernabwy=Bodernabwy near Aberdaron, Gwynedd; Llyn Lliw = perhaps the estuary of the River Severn in the Bristol Channel, Caerloyw=Gloucester, further up the River Severn) is also interesting because it shows that the text is “naturalised” no matter how foreign the motif is. However, an eco-sensitive interpretation the text may help explain some of confusing elements.

First, from an eco-sensitive point of view there is no problem identifying the species involved. The salmon (Welsh: ‘ehawc’ = modern ‘eog’) can only be a supernaturally large specimen of our declining native Atlantic salmon (Salmo salar). Salmon have been known to grow to 1.35m (53 inches) long and over 30kg (4.7 stone) in weight, half the weight but nearly the height of the average human (Thorstad et al. 2011, P.6). Even given the weight displacement properties of water, a salmon this size could not carry two humans, but perhaps the author reasoned that the oldest salmon (and animal in general) in the world could.

This species does not quite migrate during every flood tide, but it does once every year. Every year, adult salmon migrate up-streams to the spawning grounds. Many fish do not survive their first two journeys, but those that do might manage seven or more (ibid). The River Severn is one of the UK’s ‘principal salmon rivers’ (Black, 2009, p.7), and any salmon swimming up the River Severn each year could not have missed seeing Gloucester.

From a literary point of view salmon often play a role in Celtic (Welsh and Gaelic) stories as wise creatures. A common story describes how salmon developed great wisdom by eating hazelnuts. Catching and eating a broth made of such a salmon is how Fionn macCumhaill of medieval Gaelic literature acquired his supernatural knowledge. ‘Hanes Taliesin’ in medieval Welsh literature explains that Taliesin also received his wisdom from eating a broth. The ingredients of this broth are not explained, but given the similarities between the two stories, it could well involve salmon too.

The other species (Welsh: ‘eryr’) can also be identified without too much difficulty. Although golden eagles (A. chrysaetos ) do not catch fish, fish are the primary pray items of white-tailed eagles (H. albicilla). Although white-tailed eagles are now extinct in south Britain, they have been reintroduced to Scotland and were widespread in the early medieval period (at least until c.500, see: Evans, O’Toole & Whitfield, 2012). There are sufficient references to their appearance in Wales to suggest they could be found there until the late medieval period.

White-tailed eagles are now predominantly coastal birds, and although known around lochs and marshes, they would be less likely to hunt salmon in their spawning grounds. Since adult salmon live out at sea when they are not breeding, white-tailed eagles would be unlikely to meet them. However between the open sea and their spawning rivers salmon would have to migrate up through estuaries, and this is the white-tailed eagle’s main hunting ground. This is also exactly where the Eagle of Gwernabwy did attack the Salmon of Llyn Lliw (Forrester & Andrews, 2007., p.451). This is not unheard of. White tailed sea eagles have a huge wingspan of 2-2.45m (6.5-8ft; Hume, 2002, p.144) and will take fish from the surface of the water. However, they are more adapted to taking dead or sick fish than healthy giant salmon (ibid), and sea eagles sometimes misjudge their dive and the weight of the fish. It has been known for some eagles to be pulled into the water by salmon. Anecdotal evidence suggests that the closely related and better studied bald eagles often drown this way (Celantano, 2007, p.3), and the same is probably the case for white tailed eagles, in the areas where they predominantly eat fish.

See the video below, by Tommy Forsgren where a white-tailed eagle makes a lucky escape:

CONCLUSIONS
The popular folkloric approach to the Oldest Animals motif shows only that it is a common trope in literature, and the story is unlikely to have been independently invented by the author(/s) of ‘Culhwch’. The linguistic approach suggests only that this part of the story has a British geography. However, the eco-sensitive approach in this case is much more useful. The narrative has a logic to it: The Eagle was hunting salmon, as ordinary sea eagles often do. It caught a salmon that was too large for it, which is also a fairly ordinary event. After a series of less likely battles, the Eagle and the Salmon become friends. The Salmon is familiar with where Mabon is being held because he (it’s a boy-salmon) migrates past each year. The Eagle could not have known this because it lives on the coast, like most white-tailed eagles. The author(/s) based this part of the story on some well known ecology of the most important medieval British wildlife. They probably expected their audience to be aware that salmon migrate each year, and that white-tailed eagles hunt salmon. With white-tailed eagles extinct in south Britain, and salmon far less common than they used to be, this is no longer widely known.

Ultimately our approach emphasises the extent to which the author(/s) have adapted the ‘Oldest Animal’ topos for a British audience. I cannot imagine a giant salmon is customarily the oldest animal in world literature. But in Welsh literature this decision made sense from a cultural point of view, and allowed a logical exposition of where Mabon ab Modron could be found from an ecological point of view.

Oniwaka Mara fighting a giant carp, scene from from ‘Life of Bankei’. Toyota Hokkei, c.1830 (now Public Domain). Giant carp monsters are common in Japanese artwork of the Edo period. Carp in the wild can (rarely) grow even bigger than salmon but I like to think a medieval Welsh audience might imagine their ancient salmon like this.